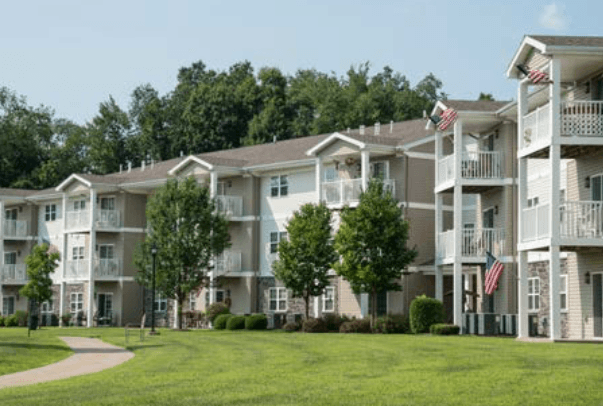 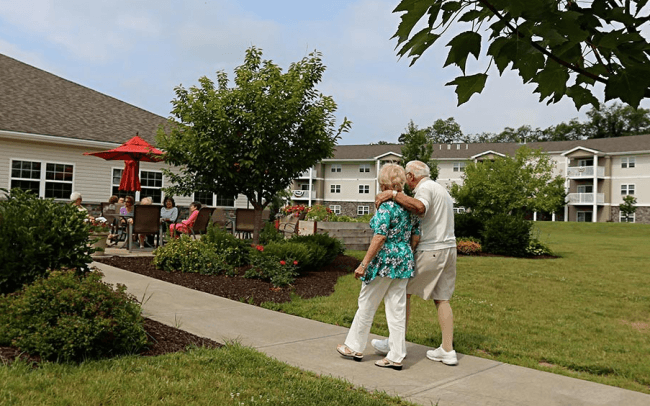 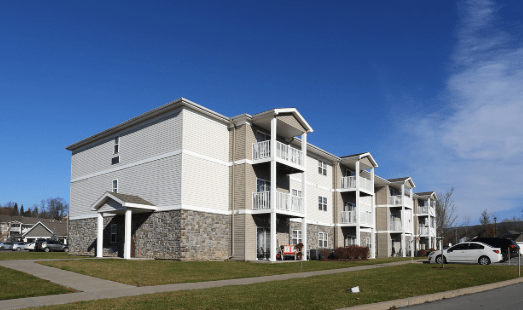 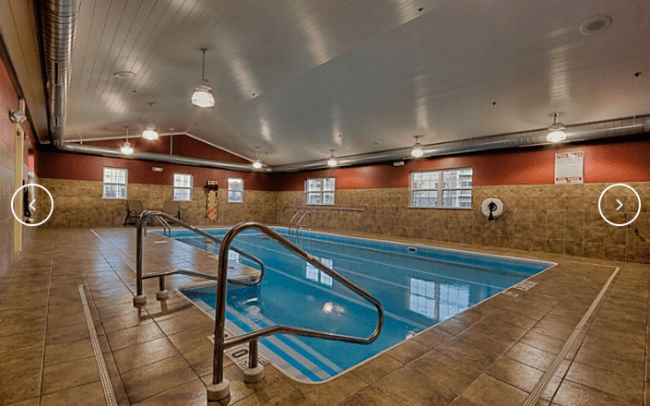 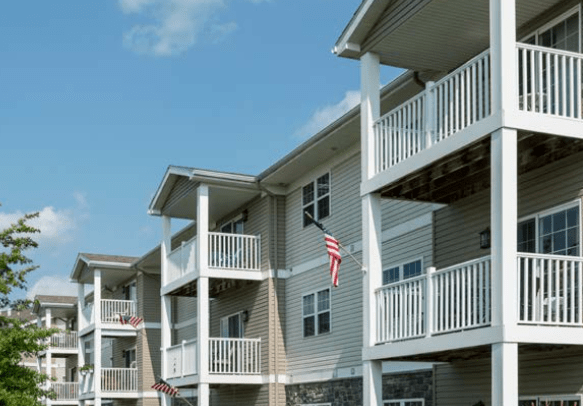 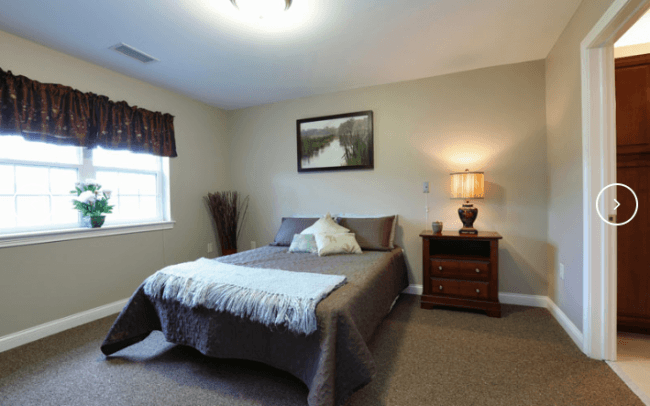 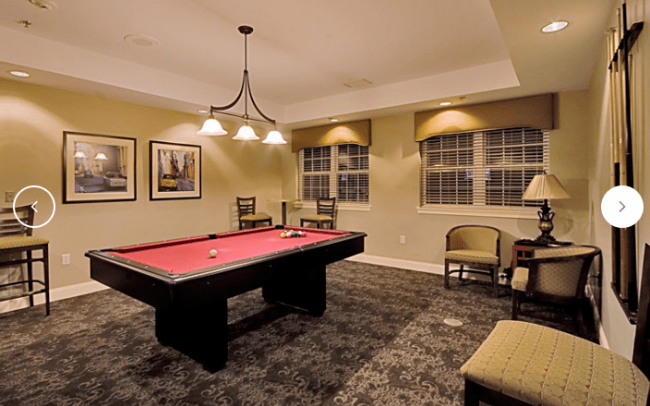 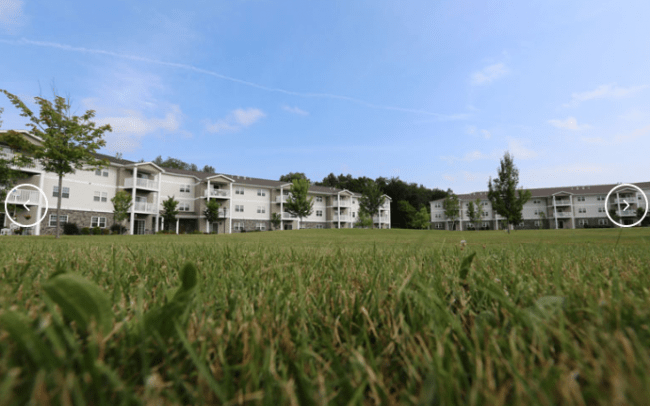 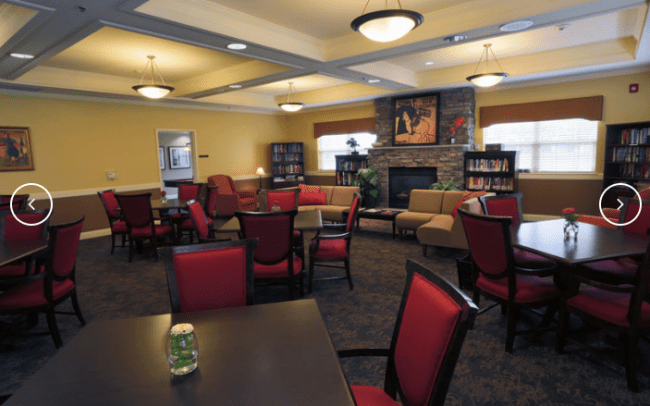 The Property is a multi-family residential complex containing 144 residential apartment units. The Property is located on 11.04 acres. The clubhouse is centrally located and contains a lobby, reception area, offices, beauty salon, game room, theater room, restrooms with lockers and showers, swimming pool, fitness room, small kitchen, dining room and pub with gas-fired fireplace and mechanical room. A select number of detached garages and private storage closets are available for lease for an extra monthly fee. Apartment units are equipped with a private balcony, full kitchen including granite countertops and full-sized appliances, a washer/dryer in each unit and spacious closets; apartment bathrooms include a shower within the master suite and some apartments with two bathrooms include a second shower or tub. The Property contains three, three-story apartment buildings, one, one-story clubhouse, and six garage buildings, providing 61 covered spaces.

According to the appraisal, occupied properties within the Property’s local market exhibit minimal deferred maintenance and have relatively low vacancy levels. The area has convenient regional access through several arterials linking to major interstates. The closest ingress/egress to Interstate 90 (New York Thruway) is situated approximately 0.25 miles south of the Property. The neighborhood is an established market that is expected to remain moderately stable over the near term. Reasonable occupancy levels of nearby properties combined with the positive effect of being located near the interstate highway network bode well for the local market. Supply and demand relationships must be continually reevaluated because the expansion of the Utica-Rome area residential, institutional, and commercial uses are interrelated.

The Property is located in Utica, New York, which is in central New York State. It is within the Utica- Rome Core-Based Statistical Area (Utica-Rome CBSA), the fifth-largest metro area in the state of New York. The Utica-Rome CBSA has the second-highest proportion of elderly residents in New York State, and Cushman and Wakefield predicts that this group will continue to expand over the long term. Over the last decade, the metro population growth rate remained below the growth rate of the nation and was negative during seven distinct years of the time period. Looking forward, Cushman and Wakefield expects the population of Utica-Rome CBSA to experience out-migration. Between 2015 and 2016 the population of Utica-Rome CBSA declined from 295,600 to 293,803, a 0.61% decrease compared to growth of 0.73% for the nation overall. The Utica-Rome CBSA entered a prolonged slump following the national recession in 2009, and its economy has continued to lag statewide and in national economic growth. In 2016 employment increased for the first time since 2008 at a rate of 0.7%, compared to the nation’s 1.8% growth rate. The largest employer in the Utica-Rome CBSA is the Oneida Indian Nation, with 4,600 local employees. In addition to serving as the tribal government for the Oneida Indian Nation, the group also operates several local business enterprises. The second-largest employer is the Mohawk Valley Network hospital system, with 4,000 employees. The Utica-Rome CBSA has few organic economic drivers, and therefore its economic forecast is heavily dependent on the metro area carving out a niche in high-tech manufacturing that would spur significant private investment. The following are current initiatives: A full build-out of the Marcy Nanocenter, located in Oneida County, would include up to 8.3 million square feet of facilities for computer chip manufacturing, total investment of $10.0 billion to $15.0 billion, and approximately 5,000 new jobs. An important tenant (chip maker AMS) backed out in December 2016, but state and local officials continue to market the site to high- tech companies. In addition to the Marcy Nanocenter, General Electric and Danfoss Silicon Power GmbH are both investing in local facilities that should result in significant job creation. The Mohawk Valley Health System was awarded $300 million in state funding for the $480 million hospital in downtown Utica. The new hospital is expected to replace the old facility by 2022 Cushman and Wakefield concluded that overall, the Utica-Rome CBSA will likely remain a relatively weak performer over the long-term due to its less-educated population, unbalanced economic foundation, and weak population growth trends. The Property is located in Utica, New York. According to the appraisal, due to the smaller market size, no apartment analysis information was available. The appraisal utilized data provided by Reis for the Syracuse Metropolitan Area because Syracuse is the most proximate major market to the Property and some general comparisons may be made.

The area has convenient regional access through several arterials linking to major interstates. The closest ingress/egress to Interstate 90 (New York Thruway) is situated approximately 0.25 miles south of the Property. The neighborhood is an established market that is expected to remain moderately stable over the near term. Reasonable occupancy levels of nearby properties combined with the positive effect of being located near the interstate highway network bode well for the local market. Supply and demand relationships must be continually reevaluated because the expansion of the Utica-Rome area residential, institutional, and commercial uses are interrelated.