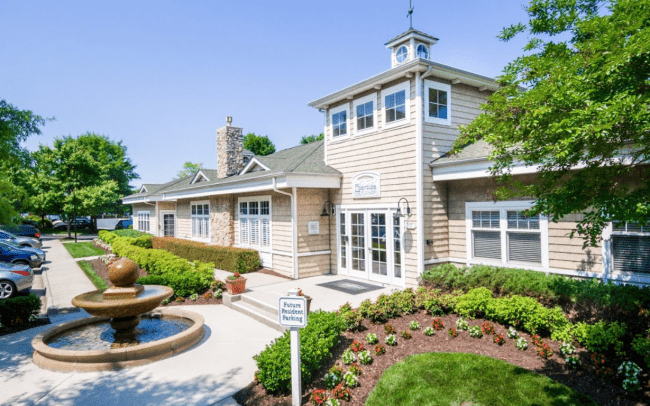 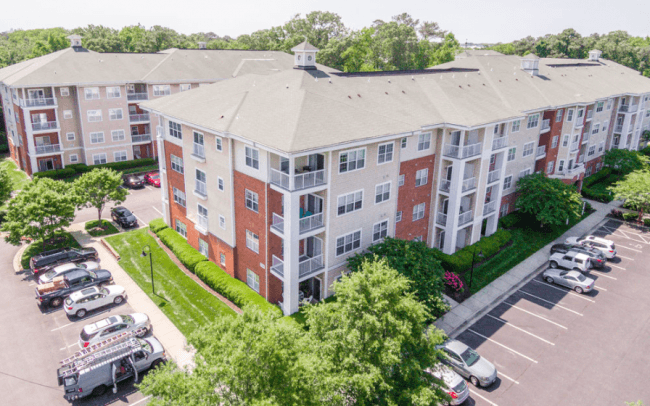 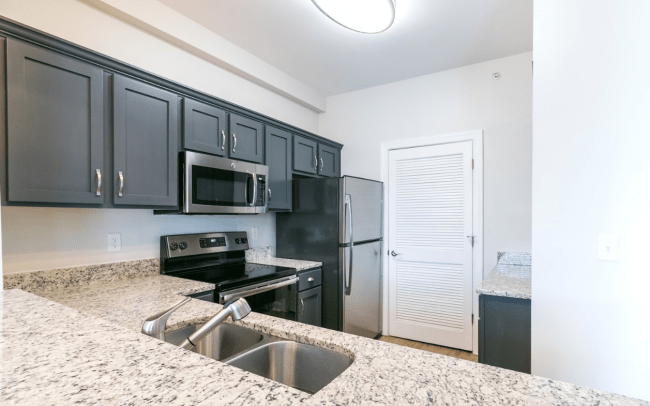 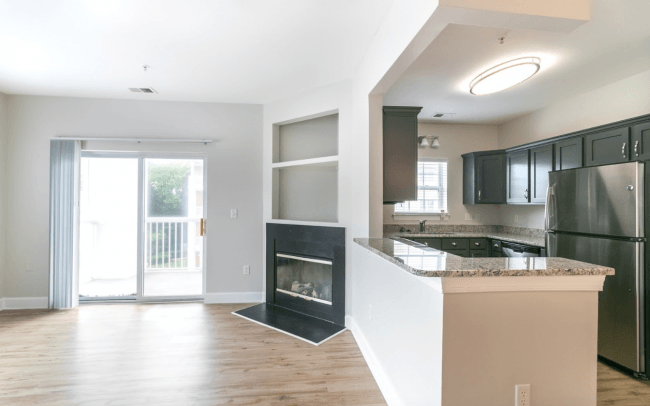 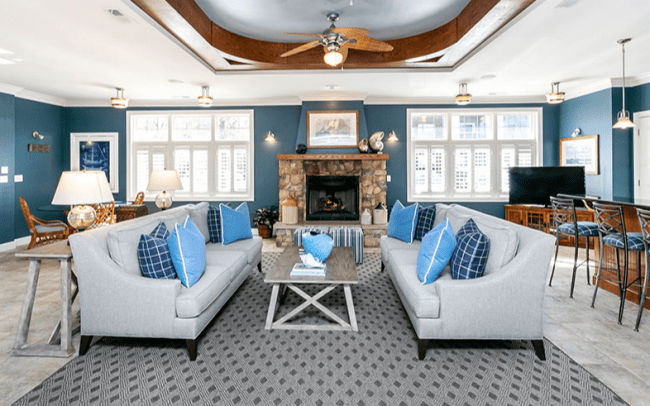 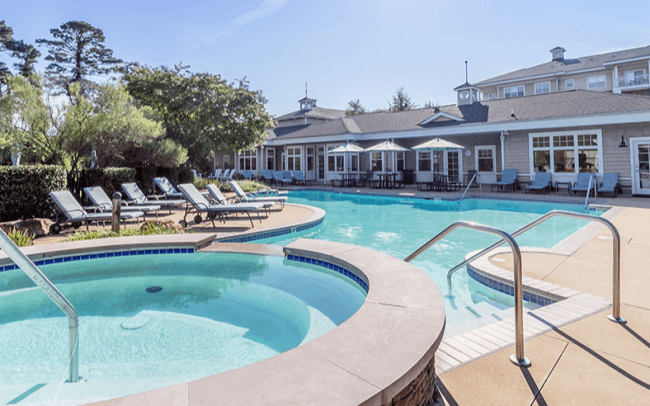 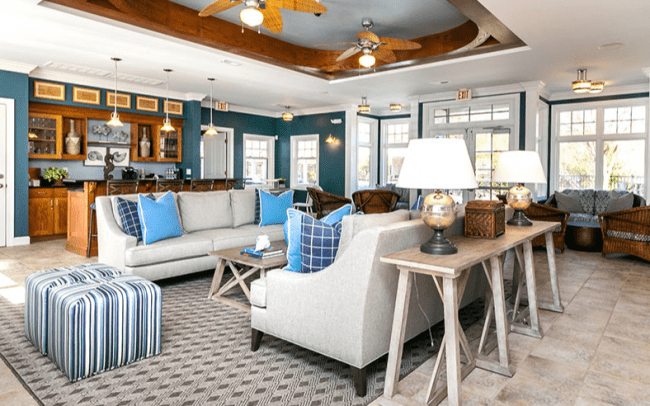 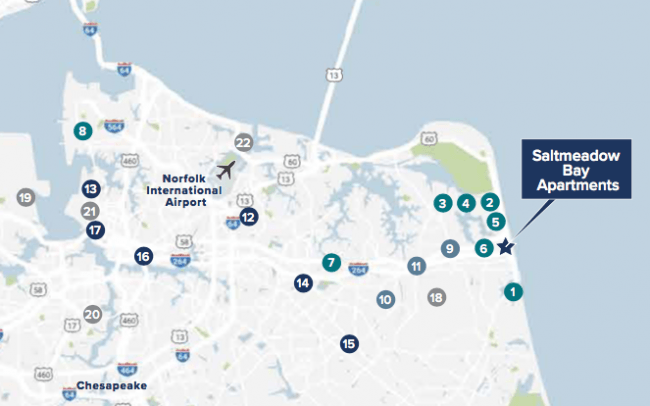 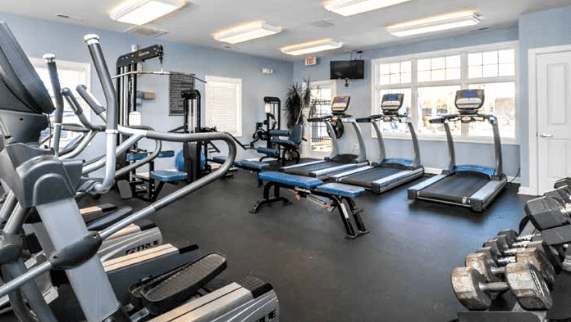 The Project consists of four, four- story apartment buildings containing approximately 273,613 rentable square feet, a clubhouse with a leasing office and fitness center, and seven garage buildings on approximately 23.34 acres of land. The Project was originally constructed in 2006 and is also located near the top four private employers in Virginia Beach, namely, Bon Secours Health System, the Port of Virginia, Ceres Terminals, and General Dynamics NASSCO.

The Property is well positioned to capitalize on increased rent above standard growth through light value- add execution. This will include select updates to appliances, countertops and lighting, to keep the Property current with the latest trends and renter preferences. The Sponsor has budgeted $14,500 per unit through upfront reserves and cash flow to upgrade 40 select units that are still in original or near-original condition, thus ensuring cash is available to execute on this strategy as opportunities arise through unit turns. As units are renovated, the additional rental premium will drive increased residual proceeds at sale based on a capitalization rate-based exit. We have also budgeted for upgrades the property's landscaping and exterior lighting, as well as to make updates to the dog park, pool area and fitness center.

From a market perspective, the Property presents a tremendous opportunity as a new owner to benefit from “mark-to-market” rent increases. Average rent per unit is well below those being achieved at nearby communities in the competitive set, creating an excellent opportunity as an investor to substantially increase the NOI by increasing the Property’s rental rates to market.

Home to a flourishing local culinary scene, rich history, a variety of arts and entertainment and family-friendly attractions that keep the locals and visitors entertained year-round. The city is one of the most popular tourist destinations on the East Coast.

Largest Naval Base in the World

The Hampton Roads region, which consists of Norfolk, Virginia Beach, Chesapeake, Portsmouth, Newport News, Hampton and Suffolk, is home to the largest Naval base in the world and the only NATO command on U.S. soil. The total Department of Defense population in the region, including active duty and civilian personnel, is approximately 150,000 out of a total population of approximately 1.6 million. Major military units and headquarters include NATO’s Allied Command Transformation, U.S. Joint Forces Command, U.S. Fleet Forces Command, U.S. Air Force’s Air Combat Command, U.S. Marine Corps Forces Command and the U.S. Army Training and Doctrine Command. The military currently has 64 ships homeported in the area and 36 aircraft squadrons. They also have a variety of Navy Special Forces and support units.

The Port of Virginia

The Port of Virginia, approximately 20 minutes from the property, is estimated to generate $17.5 billion in annual income and $1.4 billion in state and local taxes. The Port of Virginia, which is described as the “most modern, efficient and most productive in the Western Hemisphere,” recently completed a $320 million expansion. The port handled a record 3 million TEUs of cargo in 2019, up from 2.85 million TEUs in 2018.

Virginia has an unemployment rate of 3%. The state boasts a booming economy with Amazon planning to bring 25,000 jobs to the state at HQ2 by 2030, and CoStar planning to bring 100 jobs to its Richmond-based office. Virginia is home to three of the top colleges providing students the highest average salaries for their tuition dollars - The University of Virginia, The College of William & Mary and Washington & Lee University.

According to the report, conditions within the Norfolk/Hampton Roads market are extremely strong. Note that limited new supply, combined with strong demand, have created very tight conditions. The current vacancy rate is 4.2%, down 40 basis points over the past quarter and down 60 basis points over the year- end 2018 vacancy rate. Going forward REIS has projected these strong conditions will prevail. Between 2019 and 2023 new additions will average just 743 units per year representing inventory growth of less than 1.0% per year. The vacancy rate is forecast to fall to near 4.0% and remain near that level over the extended forecast horizon.

Rental rates are still showing steady signs of growth. In 2018, the average rental rate increased by 3.6%, and is forecast to increase by another 2.4% in 2019. The average rental rate is now $1,082 per unit per month and will reach a forecasted $1,098/unit by year-end. REIS has forecast slower gains between 2.0% and 2.5% per year over the next five years, which would seem conservative, in our opinion, given the extremely strong occupancy.