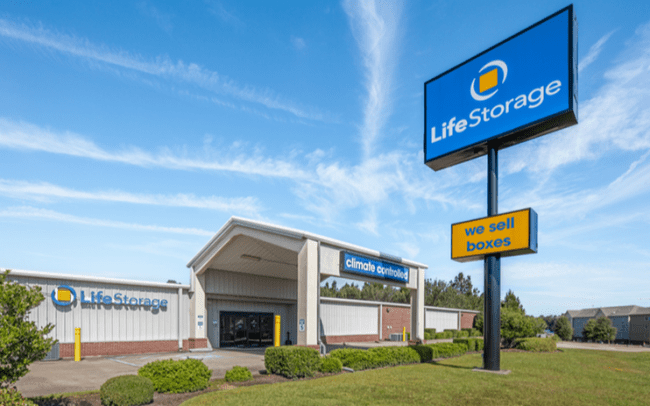 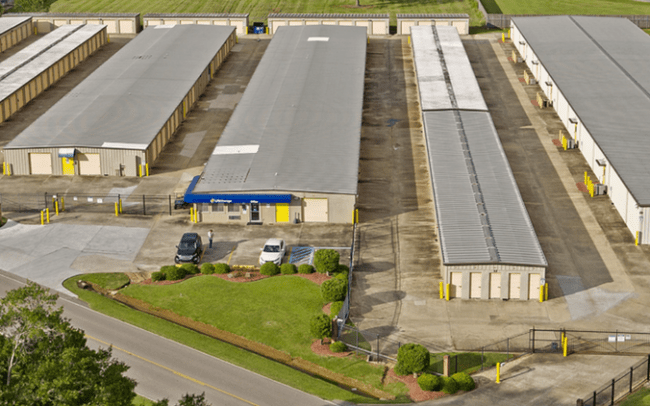 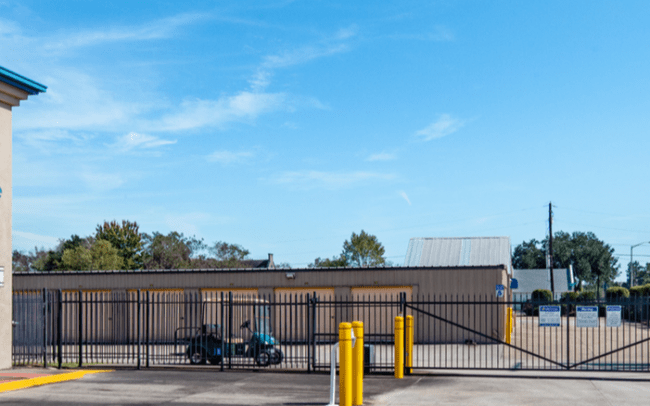 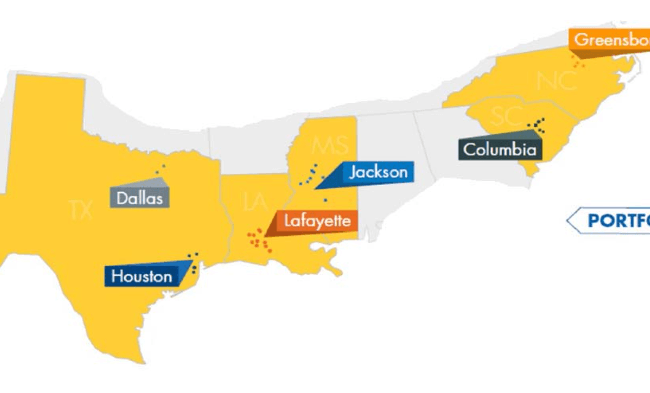 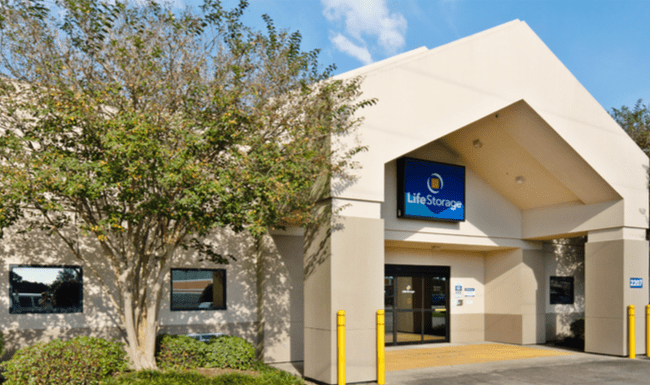 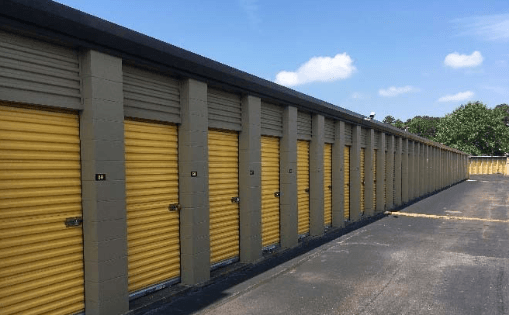 Lafayette, Louisiana MSA
Nine of the Properties are located in the Lafayette, Louisiana greater region, commonly known as Acadiana. Lafayette is approximately 55 miles southwest of Baton Rouge and 150 miles northwest of New Orleans. The Lafayette MSA’s population consists of more than 500,000 residents and is expected to grow through 2023. The top three industries within the Lafayette MSA are healthcare/social assistance, retail trade and accommodation/food services, representing 34 percent of the population. The MSA is forecasted to add approximately 1,600 jobs in 2019. Acadiana features some of the lowest costs to do business in the United States.

Hattiesburg, Mississippi MSA
The remaining Mississippi Property is located in the Hattiesburg, Mississippi MSA with a population of more than 147,000 and trending to increase through 2023. The MSA’s top three industries are healthcare/social assistance, educational services and retail trade as the top three industries, representing 42 percent of the total population. The neighborhood includes a substantial amount of commercial development surrounded by a mix of single-family homes and apartments. The abundance of residential streets improve the accessibility to these properties which are also surrounded by retail options and the University of Southern Mississippi.

Greensboro-High Point, North Carolina MSA
Four Properties are located in the Greensboro-High Point, North Carolina MSA with a population close to 770,000, which is forecasted to steadily increase by nearly 30,000 through 2023. The MSA’s top three industries being manufacturing, healthcare/social assistance and retail trade, representing 42 percent of the population. The immediate neighborhood is bordered by major highways and contains a mix of multifamily and single-family homes. There are several local retail developments currently under construction along with some commercial developments.

Columbia, South Carolina MSA
The Columbia, South Carolina MSA is home to five of the Properties and boasts a population of more than 800,000 residents with a steady growth path expected through 2023. The top three industries within the area are healthcare/social assistance, retail trade and educational services, which represent a combined total of 35 percent of the population.7 The surrounding neighborhood is primarily residential with some commercial development including of ce buildings and neighborhood shopping centers. Some of the South Carolina Properties are also near colleges and medical care facilities.

Dallas-Ft. Worth-Arlington, Texas MSA
Two of the Texas Properties are located in the Dallas-Ft. Worth-Arlington, Texas MSA which has a population of more than 7.5 million that is expected to continue to grow at almost two percent annually through 2023. The MSA has an unemployment rate of 4.3 percent and its top three industries include healthcare/social assistance, retail trade and manufacturing, representing 32 percent of the combined population. Dallas is well known for its medical district, specifically the UT Southwestern Medical Center, one of the nation’s premier research institutions and ranks amongst the top academic medical centers in the nation. The recent growth in the area is contributed to by the completion of the George Bush Turnpike (SH 190), a six-lane roadway. Much of the immediate area consists of residential and retail use.

Houston-The Woodlands-Sugar Land, Texas MSA
The remaining four Texas Properties are in the Houston-The Woodlands-Sugar Land, Texas MSA which is home to a population of more than seven million and is projected to grow by an additional two percent by 2023. The MSA’s top three industries are healthcare/social assistance, retail trade and construction, representing 32 percent of the total population. The area is dependent on the petroleum and gas industry, including petroleum refining and petrochemical processing. The immediate area is seeing new retail developments to accommodate the rapid residential growth. The surrounding freeway system provides for easy access to the Texas Properties.

National occupancy rates for self-storage properties decreased by 20 bps during Q1’19 to 86.4%; the self-storage sector experienced a decrease in the level of construction during the quarter, with 52,000 units completed. Year-over-year rent growth was negative in three of five regions, according to REIS. The Northeast experienced the highest rate of growth. Publicly-traded self-storage REITs generated an average total return of 8.29% during the first quarter of 2019, in comparison to the FTSE NAREIT All Equity REITs index and S&P 500, with total returns of 17.17% and 13.65%, respectively.

According to the Appraisal Reports, over the last 75 years, self-storage has become a $27 billion industry, with more than 50,000 self-storage facilities existing in the United States. Self-storage is a unique asset class that provides relatively high returns in terms of cap and yield rates, while being resistant to recession, with lower declines and default ratios compared to other real estate. Additionally, self-storage costs tend to be lower and operating results demand a lower yield. For example, the breakeven occupancy rate for a self-storage facility is approximately 40% to 45%, as compared to 60% or more for apartments. The Appraisal Reports also state that self-storage facilities tend to hold value better and recover faster than other assets when real estate markets sour.

According to the 2019 Self-Storage U.S. Investment Forecast by Marcus & Millichap, “[f]ewer completions are anticipated for 2019 relative to last year, but deliveries are still elevated. Subdued construction earlier in the cycle has left many metros with pent-up demand for new storage supply, benefiting properties in even the most actively developed metros.” The Marcus & Millichap report goes on to say that the self- storage industry continues to benefit from long-term demographic factors, including the aging of the millennial generation, and that private businesses are a major source of self-storage demand, and more companies are likely to make use of such facilities this year. For example, for the Dallas/Fort Worth market, the Marcus & Millichap report notes that “aggressive” self-storage construction activity in 2018 translated to a historic year for delivery volume, as 4.1 million square feet of space was finalized. In 2019, 2.1 million square feet will be brought to market, highlighted by more than 1.1 million square feet in the Fort Worth metro. A slowdown in development allows demand to catch up with new supply, preventing a notable uptick in vacancy from occurring this year.

The Master Tenant has engaged the Property Manager, an affiliate of the Seller, to manage the Properties pursuant to the Property Management Agreement dated July 2, 2019. According to its website (www.lifestorage.com), Life Storage, Inc., the parent company of the Property Manager, is a fully integrated, self-administered and self-managed REIT that acquires and manages self- storage properties throughout the United States. Headquartered in Buffalo, NY, the company employs over 2,000 people and operates approximately 800 self-storage facilities encompassing over 55.0 million square feet in 28 states.

Founded in 1982, Life Storage was originally a financial planning firm, but opened its first self-storage facility in Florida in 1985. Within three years, it owned approximately 30 facilities along the East Coast and accumulated 62 facilities over the next decade. Life Storage was originally known as Sovran Self Storage, Inc., operating under the brand name Uncle Bob’s Self Storage beginning in the late 1980s. Within a year, it grew its holdings to 111 self-storage facilities along the East Coast and Texas. Life Storage doubled to 222 facilities by 1999 and by 2003 operated in 21 states. Life Storage continued its acquisitions throughout the United States, expanding into cities such as Chicago, New York, Atlanta and St. Louis and made its way to the West Coast in 2016, acquiring California-based LifeStorage LP.