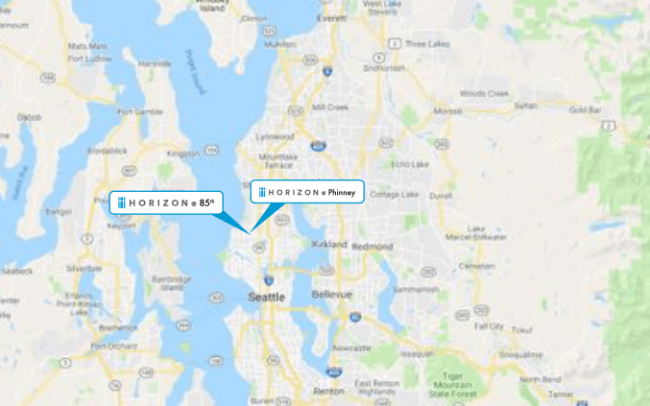 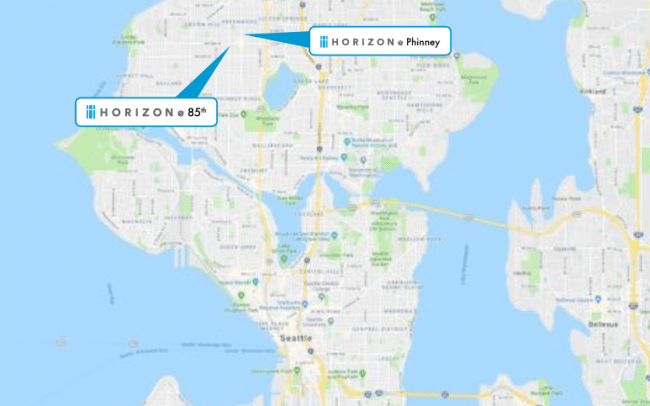 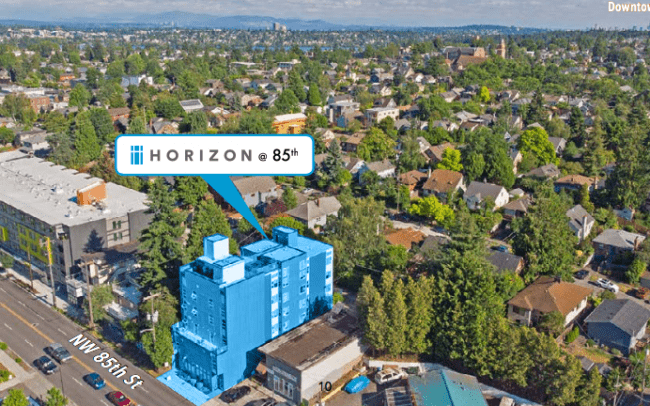 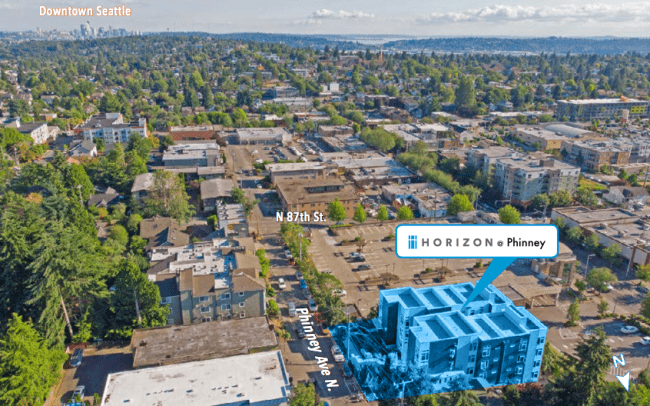 The Phinney property contains approximately 14,370 rentable square feet on 0.27 acres of land. The Phinney buildings contain an aggregate of 79 units with an average unit size of approximately 152 rentable square feet. In addition, there are 12 common area kitchens, 6 in each building, that are shared among the tenants. Amenities include 2 roof decks, bike storage rooms, a BBQ area, storage lockers, common area laundry, and a dog run.

The Properties are located in the Greenwood neighborhood of north Seattle, a neighborhood that has experienced increasing demand through lower vacancy, increasing rental rates and new apartment development. RealPage, Inc., classifies the Properties’ general market area as North King County, within the University District/Ballard submarket, an established urban neighborhood situated four miles north of the Seattle central business district. The Properties are easily accessed from major arterials with direct access to public transportation, freeways, and major employers. The Properties also enjoy good access to Highway 99 and average/good access to Interstate 5 and downtown Seattle. The overall competitive position of the Properties is deemed to be average compared to other multifamily projects in the market.

Seattle is the largest city in Washington State and is located at the center of the Puget Sound region along the north-south Interstate Highway 5 corridor that serves as the major traffic thoroughfare for the state. Seattle’s economy, which historically was largely dependent on the Boeing Company, has since developed a highly educated workforce of 1.65 million (nearly 45% of all jobs in Washington State were found in the Seattle Metropolitan Area). Jobs in the Seattle market now include aerospace, information and communications technology (ICT), military, logistics and international trade, tourism, manufacturing, recreational and commercial fishing, and shipping. The Seattle MSA is also home to eight Fortune 500 companies: Microsoft, Weyerhaeuser, Nordstrom, Costco Wholesale, Amazon.com, Paccar, Starbucks, and Expeditors International of Washington.

In addition to large corporations, universities, hospitals, and public sector employment, including military stationed at Joint Base Lewis–McChord, the area has an abundance of smaller businesses that make up 75% of total local employment. The unemployment rate within the Seattle MSA was 4.1% in 2017, which compared favorably to the state of Washington (4.8%) and the national average (4.4%).

Market conditions that influence the Properties will be considered for the Puget Sound (King, Pierce and Snohomish Counties) area. According to forecast data from Q4, the King-Snohomish County market vacancy rate is forecasted to increase to 5.5% as of Q4 2019 (next 12 months) as supply starts to exceed demand. From 2010 to early 2012, rents increased at a moderate rate between 1.1% and 3.3% per year in the Puget Sound market. As the local and national economy continued to improve, rents increased at a faster pace ranging from 0.8% to 7.6% from 2013 to fall 2017. Rents decreased in Q4 2018, which would be expected given the “seasonality effect” that is shown in each Q4. However, the decrease in Q4 2018 was less than the decrease four quarters earlier in Q4 2017. In the past 12 months, rents increased at an average annual rate of 3.9% in King and Snohomish Counties and 5.3% in Pierce County. According to forecast data from the Q4 2018 edition of The Apartment Report, published by RealPage, Inc., the King- Snohomish County market rental rate is forecasted to increase by 1.6% as of Q4 2019 (next 12 months).

The Properties are 93.7% and 94.7% (per appraisal) occupied and are located in a well-performing submarket of Seattle, with competing growth physically restricted by a lack of undeveloped sites. New projects are expected to be accomplished mainly by redevelopment of under-improved properties, and restrictions have led to an effective supply shut-off of smaller, more affordable micro units. Additionally, both properties are free from material deferred maintenance.