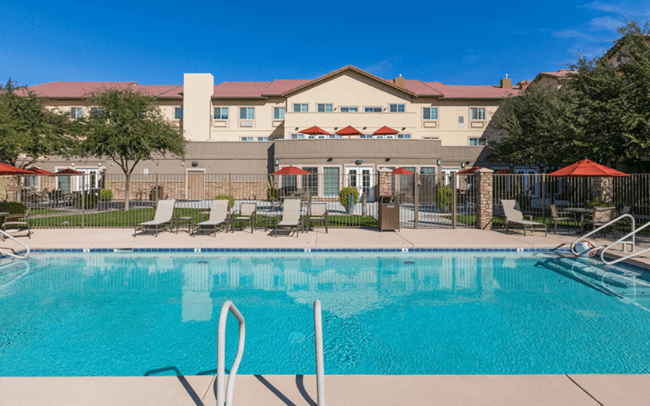 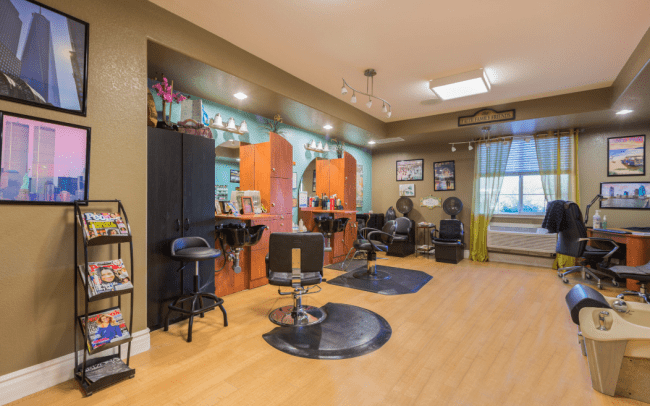 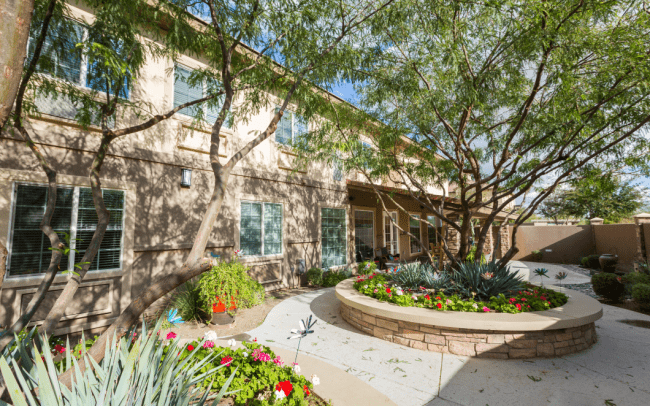 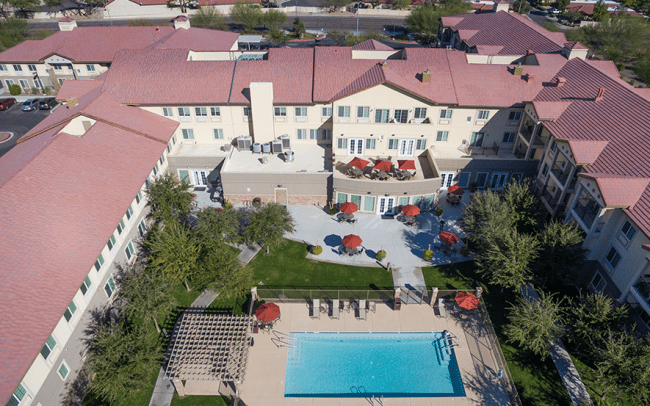 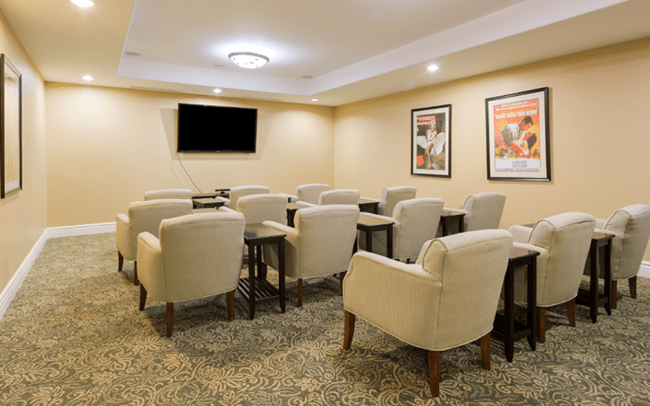 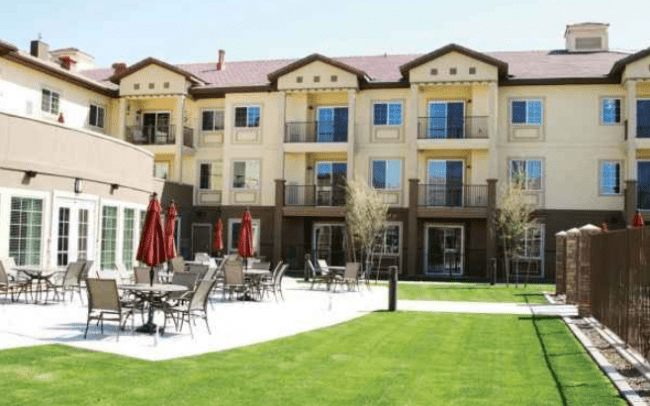 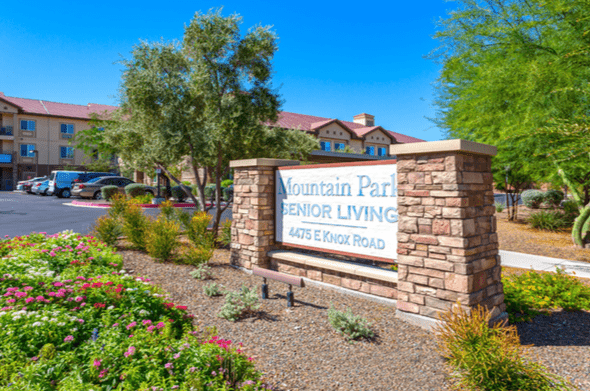 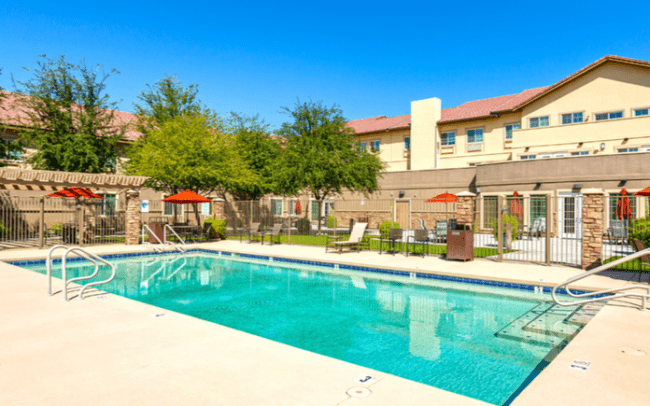 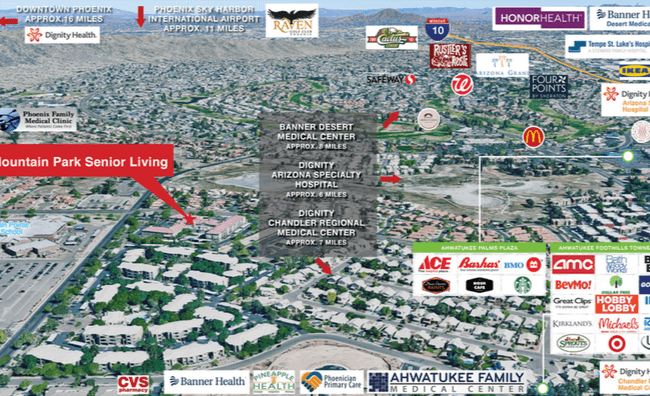 The Property is an existing senior living facility, built in 2012 and located at 4475 East Knox Road, Phoenix, Arizona in Maricopa County, commonly known as Mountain Park Senior Living. Although the Property is located in Phoenix, the primary market area is the urban village of Ahwatukee, an established and affluent community.8 The facility includes a total of 139 units and beds with month-to-month options for independent living, assisted living and memory care. There are 62 independent living units, 59 assisted living units and 18 memory care units. Mountain Park Senior Living offers extensive services and amenities such as three meals daily, scheduled transportation, medication management as needed and various resident activities.

The aging baby boomer population continues to drive demand for senior housing. Many senior living communities offer attractive amenities which allow the senior population to continue to enjoy life to its fullest. Mountain Park Senior Living is located in Ahwatukee, the southernmost geographic region of the City of Phoenix, being densely populated into the foothills of South Mountain with robust median home values and attractive demographic profiles. The area is bordered to the north by South Mountain Park and Preserve, to the east by Interstate-10 and to the south by the Gila River Indian Reservation. Approximately 44.2 percent of the households in this region are aged 45 to 64, while the United States national average is 37.5 percent. Additionally, this Ahwatukee-based 45-64 aged household cohort is more affluent than the national average, with 61.9 percent of households earning an income above $100,000 opposed to the national average of 38.2 percent. The densely populated Ahwatukee region has relatively limited competition for senior living facilities when considered with the demographic trends, which is anticipated to bode well for Spectrum’s ability to operate the facility to a high-standard and realize value maximization for investors.

Mountain Park Senior Living is located in the Phoenix-Mesa-Scottsdale, AZ Metropolitan Statistical Area (the Phoenix MSA), which is home to more than 4.8 million people and one of the fastest growing MSAs in the U.S.9 Healthcare and social assistance are the top industries in the Phoenix MSA10 and the 75-plus age group is forecasted to increase 4.8 percent annually within Maricopa County.9 With abundant sunshine and many golf courses, people from across the nation recognize Arizona as a top retirement destination. In fact, the very first active adult community was developed in Arizona more than 50 years ago.

Phoenix offers many different amenities from sports and recreation to unique desert and water experiences and is home to the largest municipal park in the U.S., South Mountain Park and Preserve, covering more than 16,500 acres with more than 50 miles of hiking, biking and equestrian trails.

According to the National Investment Center for Seniors Housing & Care (“NIC”) Third Quarter, 2019 Monitor report (the “NIC Report”), occupancy increased 30 basis points from the prior quarter to 88.0%. This occupancy represents a 140 basis point increase over the cyclical low during the third-quarter of 2010. Construction activity is strong, however, has backed off from a peak of 5.8% to a level of 2.9% during the third quarter of 2019. Absorption nearly kept pace with new construction at 3.0%, up 10 basis points from the prior quarter. Rent growth for the quarter was 2.7% for an average rental rate of $4,200 per unit per month.

Assisted living facilities (“ALFs”) are for seniors who can no longer perform all activities of daily life. The acuity is roughly between independent living and skilled nursing. Residents live in separate units, but care is centrally provided and supervised by on‐site staff. Standard services include three meals a day, grooming, bathing, dressing, and toileting. Other services are offered for additional charges. Many ALFs have a secured memory care wing for Alzheimer’s/dementia patients with higher staff ratios, a “wander‐guard” system, and dedicated amenities designed to improve quality of life. Most states require little additional certification to offer a memory care unit. Many states have introduced Medicaid reimbursement for stays at ALFs, often known as “waiver.” This appears to be the final level of support needed to legitimize ALFs for institutional investment. According to the NIC Report, ALF occupancy was 85.5%, up 20 basis points from last quarter but down 110 basis points from a year ago. Construction continued to outpace absorption with 22,358 units under construction, or 7.8% of existing inventory. Absorption increased 1,801 units during the quarter with annual absorption at 4.6%, up 50 basis points from the prior quarter. The annual rate growth remained above inflation at 2.4% and down 30 basis points from the prior quarter’s pace.

Skilled nursing facilities (“SNFs”) are the oldest seniors housing/health care product and one step below hospitals on the acuity spectrum. They are for residents needing 24‐hour care and supervision by on‐site nursing personnel. They contain smaller, more institutional rooms without cooking facilities. Many older SNFs have a high ratio of semi‐private (double resident) rooms. Newer SNFs are trending toward more private rooms to target profitable short‐term rehab residents. Most SNF revenue comes from Medicare and Medicaid, which combined, paid about 56% of the $157 billion expended for skilled nursing care in 2015. Nursing home care was about 13.0% of the Medicaid budget in 2015, down from 13.5% in 2014. This heavy reliance on subsidies means any changes in reimbursements can directly impact a SNF’s profitability. In recent decades, SNFs turned their focus to more profitable short‐term rehab residents reimbursed by Medicare. Many buildings were redesigned to create more private rooms, bigger physical therapy spaces, and dedicated common areas for short‐term residents. This was driven by concerns about lower reimbursement levels for long‐term care and the growing trend of long‐term care residents moving to ALRs and home health settings. However, following the Affordable Care Act, more rehab residents are now being discharged directly to residential settings to be tended by home health agencies, sometimes bypassing a short‐term stay in a SNF.

Many new SNFs are being developed within a continuum of care that includes independent living, assisted living and memory care units, or as standalone “transitional care” facilities focused almost exclusively on short‐term rehab. The American Health Care Association (“AHCA”) estimates the total certified SNF bed count at 1.7 million as of mid‐2015. According to NIC, among the 99 largest metropolitan statistical areas, SNFs had a relatively stable pipeline of projects as a share of existing inventory. Many projects are replacement facilities, as AHCA reports little growth in total beds. The third quarter 2019 NIC Report indicates that SNF occupancy rates were below the overall seniors housing rate at 86.5%. Rental rates, meanwhile, were up 2.5% to a level of $10,335.

Spectrum Retirement Communities, LLC is a leading developer, owner and operator of retirement, assisted living and memory care communities across the United States. Spectrum was founded in 2003, employs more than 3,000 and has an enterprise value of more than $1.5 billion with revenue of more than $175 million. Spectrum’s mission is to provide the best life to seniors by allowing them to grow, learn and experience new things every day. Spectrum's apartment living communities offer state-of-the-art amenities, enriching activities and programs, and friendly hospitality to support a desirable lifestyle.

This is an all cash debt-free offering.